Jumping ahead in time we find the ancient Greeks and Romans depicting a wide range of sexual acts. There are examples of a variety of art forms from stone carvings and statues to frescos and pottery that show heterosexual, homosexual, and even group sex. Some would hesitate to call this art pornographic however the definition of pornography is any printed or visual material that is intended to sexually stimulate. We look back on these works with a historic perspective but at the time they were probably very stimulating. One of the largest collections of this type of material comes from the excavations at Pompeii. Pompeii was a city of around 11,000 people near Naples in Italy. It was destroyed by a pyroclastic flow from the eruption of Mt. Vesuvius in 79 AD. The fact that it was buried under nearly 20 feet of ash and pumice means that it was remarkably preserved for how old it is. In fact, it was so well buried that the site was lost for over 1500 years. It was rediscovered in 1599 however real exploration of the site didn’t happen until 1748 when Rocque Joaquin de Alcubierre, a Spanish engineer started working on the site. As they excavated the site they filled the voids where bodies used to be with plaster, this showed the exact position of the individuals when they died. They also discovered many skeletons like these of two lovers holding each other as they went.

Around the same time period in India, there were teachings being shared that covered many aspects of human sexuality. During the third or fourth century (no one is really sure an exact date) a Hindu sage named Vatsyayana Wrote down these teaching in the Kama Sutra. Translating to “ A treatise on pleasure” the book is a guide to not only sex positions but on how to get and keep a wife and how to live a good life. The main premise of the book is that in order for a relationship to be happy both partners must be well versed in the arts of pleasure. Although the first copies of the material did not include illustrations later ones did and they were very graphic.

The book was originally written as a guide however over the years the imagery has caused quite a stir among those more conservative individuals and was deemed obscene at several points in history. Today there are countless translations and interpretations including posters, playing cards, and board games. So if you are interested in ancient Indian sexual teachings then it should not be hard to get your hands on it.

Taking another leap in time takes us to 1440 and the invention of the Gutenberg printing press. This allowed the written word to be mass-produced for the first time. The first book Gutenberg printed was the Christian bible but it didn’t take long for dirty stories to find there way into print shops. The most infamous was probably Memoirs of a Woman of Pleasure which was later known as Fanny Hill written in 1749 by John Cleland. This novel with its graphic sex scenes depicting bisexuality, voyeurism, group sex, and masochism was deemed “the lewdest thing I’ve ever seen” by a bishop of the time. It will probably not surprise you learn that the author and the publisher were both arrested soon after publishing it. The book was labeled obscene and banned until 1966 in the United States.

The next big turning point was the early 1900s and the invention of movies. Again it didn’t take long for someone to figure out that there was a market for what was later known as stag films. These films were illegal and smuggled around the country by traveling salesmen. They were popular for bachelor parties, frat parties, and any other gatherings of men. The Kinsey Institute estimates that around 2000 stag films were made from 1915 and 1968. 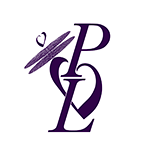